6 August 2019 – A British Airways plane had to make an emergency landing in Valencia after smoke engulfed the entire cabin.   Passengers could be seen being ushered off the plane via the evacuation slide on the runway at the Spanish airport in a video shared online.   Thick grey smoke had filled the cabin.   British Airways confirmed an “issue” on flight BA422 which departed London Heathrow at 3.10pm on Monday and landed in Valencia. 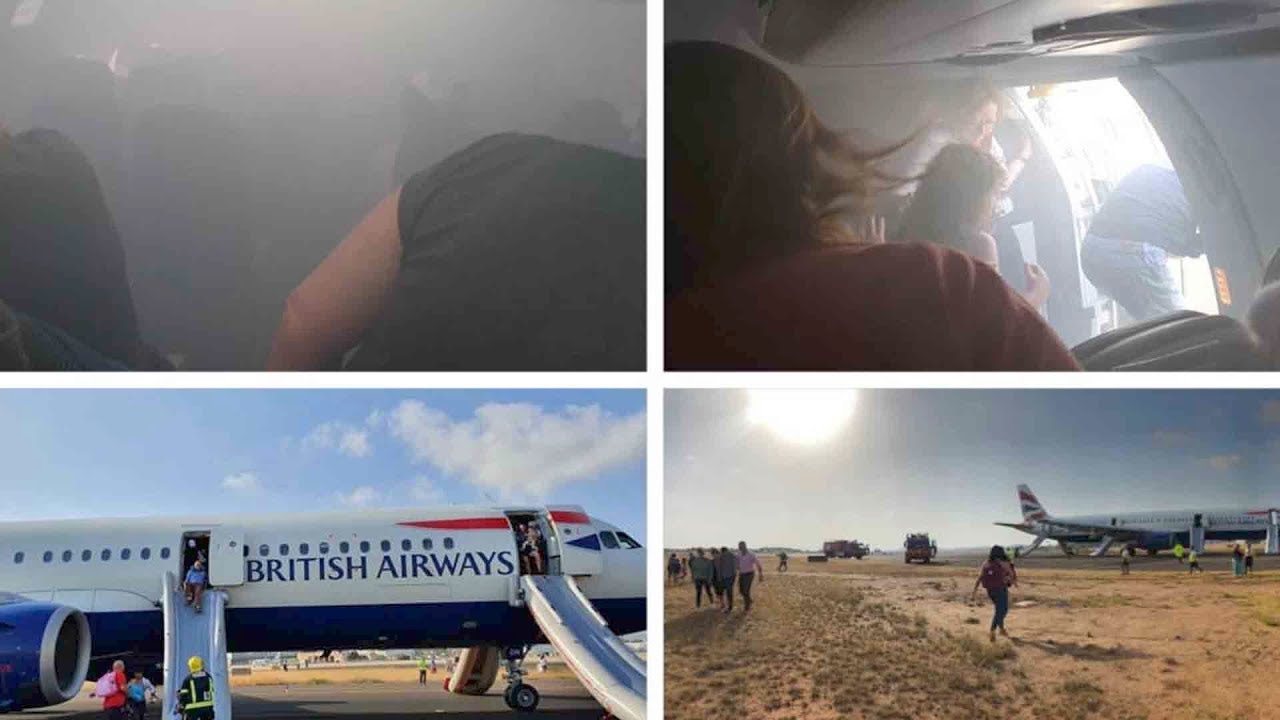 Zannah Marchand wrote on Twitter: “Just been evacuated off a flight to Valencia after plane filled with smoke. No water, no first aid. People crying. No BA representative. Help.”    Miguel Galindo said his daughter Balma had been on the flight and took the video of the smoke filled cabin.

“She is OK now but apparently they flew for 10 minutes with cabin full of smoke, no info from crew and oxygen masks failed to release,” he said.

Joanne Waterman said: “We are stranded at Valencia airport and no one from BA has said a word to us since the plane filled with smoke. No food, no bags, no information. Someone tell us what’s going on.”   Lucy Brown, who was on board with her four terrified children, told the Mirror: “We are thankful everyone is safe but, had this happened half an hour earlier, it might be a different story.  “There was a horrible smell. People were almost choking.”

BA said in a statement: “Flight BA422 from Heathrow to Valencia experienced a technical issue on its landing approach into Valencia. All our customers were evacuated safely by our crew and met by the airport’s emergency services.    “There were 175 customers on board the flight, with six cabin crew and two pilots. Three customers were taken to hospital as a precaution and have since been discharged.

“The safety of our customers and crew is always our highest priority. In addition to our team on site, other British Airways team members have arrived in Valencia to help our customers and our local airport partners with anything they need.”   The pilots union Balpa praised the pilots who they believed had landed the plane “wearing full oxygen masks and goggles” which is “extremely challenging”.

Addressing questions on why passenger oxygen masks had not deployed, they added: “Unlike pilot and cabin crew systems they are not designed to be used in smoke events as they mix the oxygen supply with the ambient air. Passenger oxygen masks are for use during decompressions.

“We will await the accident report, but this looks to have been a very well-managed emergency situation, and overall a good outcome, and we pay tribute to the pilots and crew for a job very well done.”