Russia’s Ministry of Defense just released the first footage of its Sukhoi-S70 Okhotnik-B (Hunter-B) unmanned combat air vehicle taking flight on 3 August 2019.    The stealthy drone could offer the Russian military a way to penetrate air spaces without being detected — but there’s still a lot we don’t know about it. 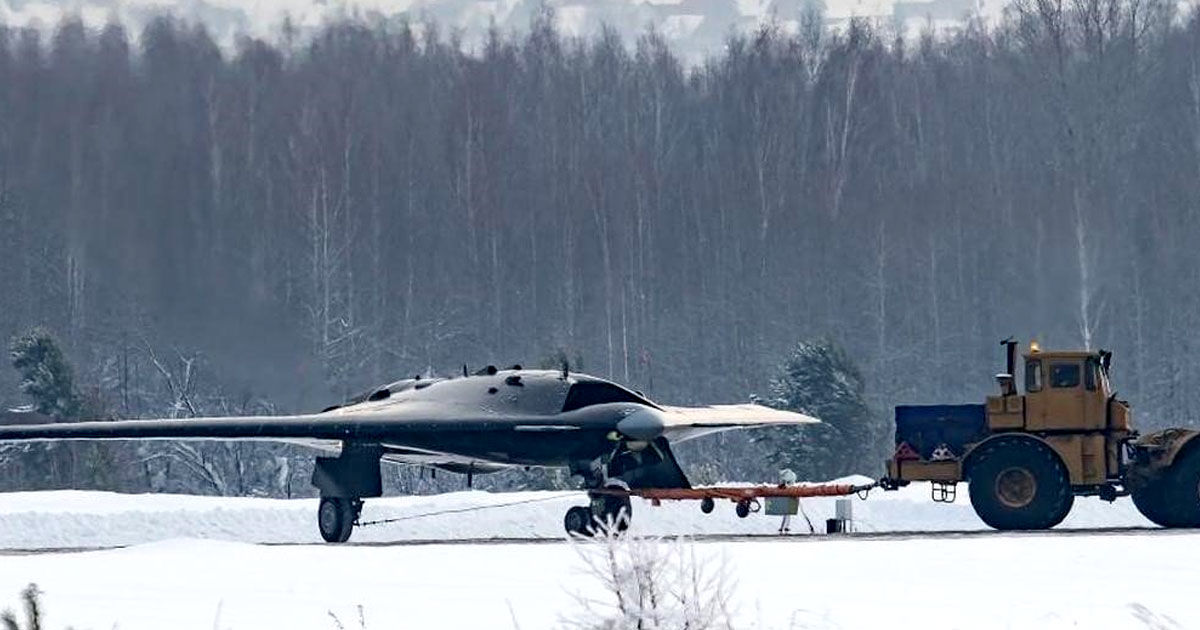 The Ministry of Defense made the announcement of the drone’s first flight last week, as The Drive reports, claiming that the S-70 flew for 20 minutes at roughly 2,000 feet around a Russian air base.

Russia is far from the only nation developing such an aircraft. China and India have their own stealth drone projects in the works. Spain and France have also developed unmanned combat air vehicles.

The Okhotnik has been in development since 2011 when Russia’s aircraft design house Sukhoi signed the contract with the Russian government.

The unmanned drone will be fully autonomous, meaning that it will carry out missions all by itself without any human interaction. Except for, of course, approval for the use of its on board weapons.

Officials have yet to confirm the legitimacy of the images that first surfaced on Russian social media site VK.

The Drive suggests the images may have been leaked by Russia’s Ministry of Defense, since it has been teasing test flights of the drone since last summer.

The Russian MoD has released footage of its stealthy drone performing her maiden flight. Designed by Sukhoi, the secretive aircraft is said to be able to collect intelligence and engage with opponents’ targets. Okhotnik’s maiden flight lasted 20 minutes, with the drone cruising at just 600 meters. Its design is based on the flying-wing aerodynamic model and incorporates the widespread use of composite materials and stealth technology.

No, this isn’t an April Fool’s joke: A Russian defense contractor has patented a drone that uses a shotgun to blast other drones out of the sky. It comes from Almaz Antey, a Russian defense contractor that manufactures the S-400 Triumf surface-to-air missile that caused a rift between Turkey and the US. The tail-sitting drone takes off on the spot but flies like an airplane for greater efficiency, giving it a 40-minute range while packing a fully-automatic Vepr-12 shotgun with a 10-round magazine.