“Moontlike kaping”, poging tot moord met nie minder as 20 koeëls !!!
24 May 2019 – A Durban videographer is critical but stable in hospital after the car he was travelling in on the N3 highway was riddled with bullets by unknown shooters on Thursday.   Daryl Kotze, 32, was on his way home after landing at King Shaka International Airport when he came under fire as he was approaching Durban.  His family believe the attack was a case of “mistaken identity”. 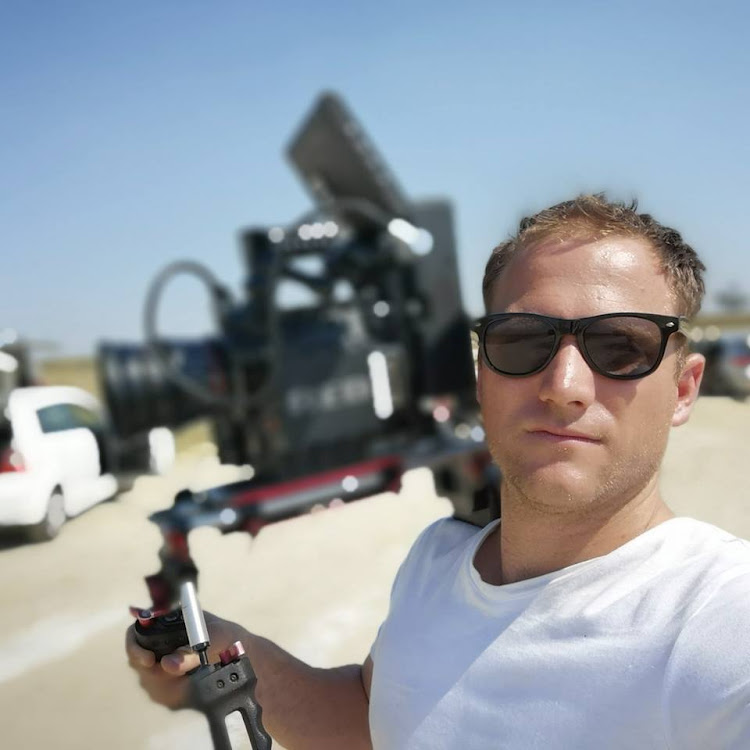 The father of two suffered injuries to his back, under his arm, upper leg and lower leg.

“He is critical but stable and his prognosis is looking good. We are just happy he is alive,” said Kotze’s brother-in-law, Mark Lalse.

He said that the family didn’t understand why Kotze was attacked but believed it might have been a case of mistaken identity.

Police spokesperson Lt-Col Thulani Zwane said that a case of attempted murder was being investigated by Sydenham police.

Durban film-maker Daryl Kotze – who is well-known for shooting music videos of South Africa’s biggest hip-hop stars – is fighting for his life in hospital after gunmen opened fire on his vehicle on the N3 Freeway near the Felix Dlamini (Brickfield) Road offramp on Thursday night.

Kotze who resides on the Berea was returning home from Johannesburg via a flight to King Shaka International Airport. He was shot in the back, under the arm and on the upper and lower leg.

His Toyota Fortuner which was riddled with bullets bore silent witness to the daring shooting in the middle of the busy freeway.

While speculation swirled – with some calling it a botched hijacking while others saying it was a hit on a mistaken identity – police investigators were trying to piece together the motive for the attack.

Musher Khan of eThekwini Secure who was at the scene believes it was a botched hijacking.

“The vehicle rolled. The driver’s side door and panels were pumped full of bullet holes probably from a high calibre rifle and a 9mm handgun. The interior of the vehicle was stained with blood,” Khan said.

Police had closed the freeway, until the early hours of Friday morning, while they conducted their investigations to trace the exact location where the shooting first began on the busy freeway.

Janus Horn, a close friend, said he was not sure if it was a hijacking gone wrong or a hit with a mistaken identity. Horn said an off duty police officer had heard the gunshots and went to investigate.

Horn said approximately twenty bullets struck the vehicle. Kotze was hit four times (in the back, under the arm, upper leg and lower leg.) He also had a broken leg.

Kotze was being treated at the Intensive Care Unit of a Durban hospital. He was said to be in a stable condition today.

Horn was informed of the shooting by Kotze’s wife Trish. Shocked by the news he rushed over to her home and then the hospital where he saw the interior of an ambulance covered in blood.

“I thought to myself how could something like this happen. I feared the worse. I went through to trauma and they were still trying to stabilise him and identify the bullet wounds. When I got to the scene of the shooting I could not believe what I had seen. How he made it out alive is a miracle,” Horn said.

Kotze is the father of two children. He had been filming a music video for South African RnB singer Donald Moatshe better known as DonaldInDenial.  He has also filmed Riky Rick’s new music video recently.

On his Twitter account, Kotze describes himself as a passionate filmmaker, family man and owner of a small production company.

Kotze is the director of Barcode media and also had three of his music videos, that he either filmed, directed or Co-Directed for Pilot Films, nominated for awards in the South African music industry.

“I am angry and disappointed. Our country is failing us!. Lawlessness has taken over and is out of control. I urge our president to take urgent action to protect the citizens of this country. Thank you to the guys from Ethekweni secure, Metro police and SAPS and all others involved. Please keep him in your prayers.  Holding thumbs bud,” Horn said in a Facebook post.

People reacted with anger to the story on Facebook.

Corlea Human said, “This is terrible I am so sorry. It is a total shame of what is taking place in our country.”

Brett Thevenau said, “This is a reality every South African faces every day….even Police Officers. Fighting for your car against overwhelming odds is just not worth it,”

Mahomed Hyder said, “ Lawlessness and anarchy prevail in our country.”

Graham Sessions said, “One can only hope that the four cameras that are located right at that spot on the N3 have been used to identify the perps and their vehicle.”

Travis Bloem said, “Hope these savages are caught and suffer their lives away in prison.”