In 1863 the Durban Council bought 70 oil lamps and 40 Iron lamp-posts to provide lighting to the main thoroughfares. These operated at a cost of 400 pounds a year until electric lamps replaced them.

1899. The ‘Blue Jackets’ (Naval Brigade) being cheered on by Durbanites as they march in front of the Town Hall, Anglo-Boer War years.

The business premises of ‘Ward and Salmonds’, with ‘Greenacres’ beyond. West Street, post 1903. 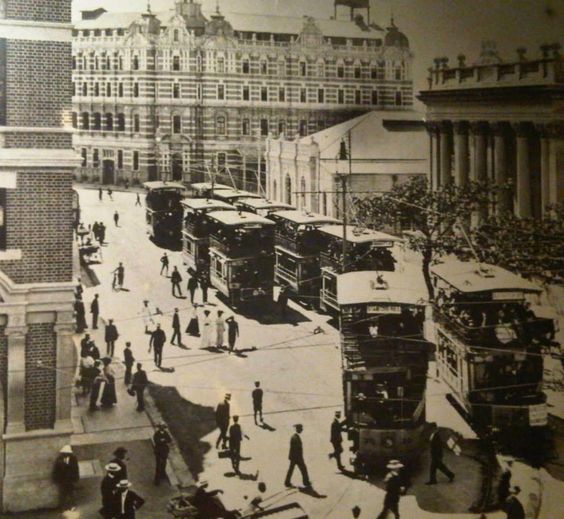 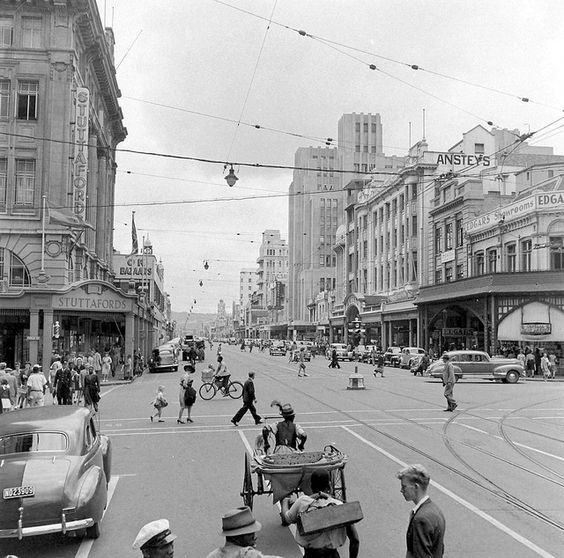 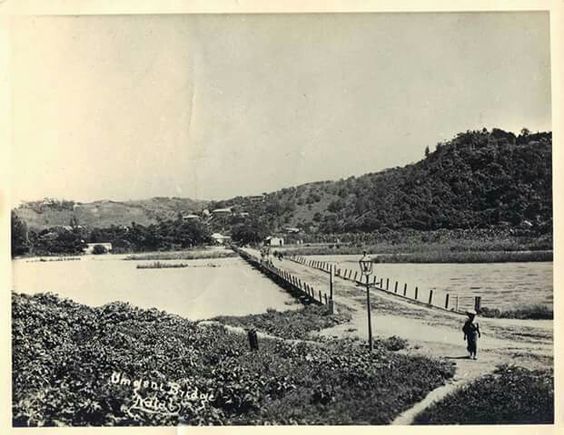 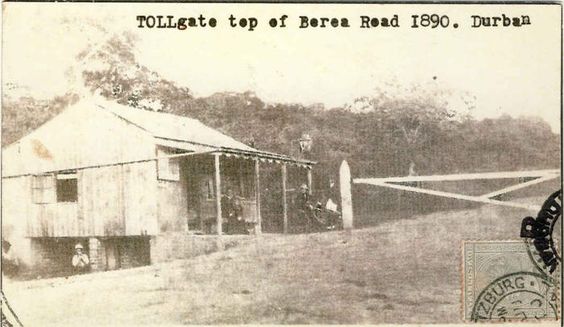 A photograph of an ox-drawn wagon, with the Railway Shed and Durban Railway Station in the background. Where the man stands with arms akimbo, is the present corner of Gardiner and West streets, later the location of the Natal Bank. Note the rutted nature of the road surface.

The somewhat tatty nature of early West Street is evident in these images. Ruts, sand drifts, animal dung and discarded debris give early Durban the look of a frontier town. It did not take long for the town councillors to establish a health board that oversaw these issues.

A photograph of the Town Hall and West Street during Queen Victoria’s Jubilee Celebrations.

Illustration of West Street with the Town Hall in the background, and a single-decker horse-drawn tram, 1889.

A photograph of a busy West Street before the days of the electric trams. Note the horse-drawn trams and the rickshas plying their trade along this important street

Photographs recording the southern side of West Street, looking west towards St. Joseph’s Roman Catholic Church in the distance, and recorded before the tram lines were laid. The image (below) was photographed in 1895 after the horse-drawn trams began operating. A comparison reveals substantial upgrading of commercial buildings