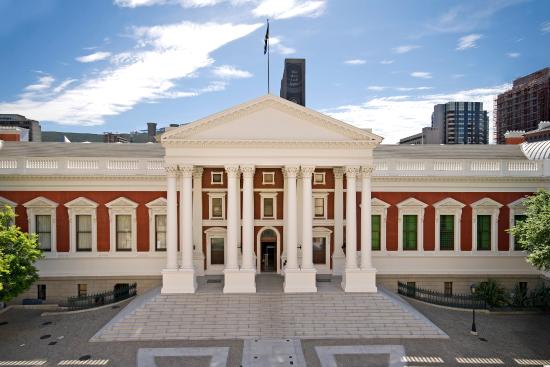 During its meeting, the Portfolio Committee met with the Department of Water and Sanitation that had been preceded by an engagement the previous day with the Special Investigating Unit (SIU) as well as a presentation by National Treasury on financial and budgetary matters relating to the Department. The Minister and Deputy Minister attended.

Were those the ones the Acting DG was speaking about?

The Acting DG stated that she had: War on Leaks, 26 Vaal intervention projects, nine hotspots in North West, Olifantspoort, Polekwane, Polokwane Ebenezer, bucket eradication in Free State and Northern Cape that had one consulting fee for the two, and Mzimvubu Water Project. That was a total of 40.   The ones that Ms Chiloane had read out were not unfunded.   Clanwilliam was a Water Trading Entity (WTE) project. The CFO might have separated the main account projects from the WTE account.

There are 40 unfunded projects with a total value of R1.3 billion – Ms Mohapi said that DWS had spent R2.8 billion on the programme.   Learners are from the TVET colleges.  It was estimated that municipalities were losing close to R9 billion per year on water losses.   The Chairperson reminded Ms Chiloane that the projected budget was R3.2 billion and now R2.8 billion had already been spent.

The topics for discussion at the meeting were unplanned/unbudgeted projects, unauthorised expenditure, budget over-runs from projects, and the overdraft in the Department of Water and Sanitation. Committee Members were unable to raise all the questions that they had as the officials, largely, did not respond to the questions. There was some debate in the Committee as to whether officials were unable to answer questions because they had not prepared, their levels of competency, or whether the strategy was simply to refuse to answer questions.

The War on Leaks was initially funded from the Water Trading Entity account but issues were raised around the placement of the project and it was moved to the main account of the Department. The intention was to train 15 000 young people as either plumbers or water agents. Water agents would check for leaking taps in the community and advocate good water usage.

The first intake of 3 000 learners had been in 2015, the second intake of 7 457 learners was in June/July 2016, and the third intake had been cancelled. To date, the Department had spent R2.8 billion on the programme. The projected budget was R3.2 billion. The Committee required proof that the first intake of students had attained the qualifications.

An examination of the amounts budgeted for in the project included R1 million for site buildings, fittings and furniture. Venue hire had been budgeted at R10 million. Promotional items, marketing and branding, had been budgeted at R3 million and laptops at R18 000 per student , for those who were studying plumbing. Members asked why furnishings had to be provided when learners had been accommodated in well-established Technical and Vocational Education and Training institutions. A Member asked if someone had been cooking the books.

Officials accepted that the War on Leaks project had not been budgeted for and was irregular, but the reason given was that it had been a ministerial directive. Committee Members established that the genesis of the idea for the project was rooted in a Water Research Commission project which had estimated that leakages in municipal water systems accounted for either R7 billion or R9 billion per annum.

Members discovered that the initial Water Trading Entity budget that had included the War on Leaks project had inflated its income by stating that it would collect R2.7 billion in arrears from various municipalities in 2015. Despite the fact that there was no prospect of collecting those debts, the Department had spent its funds according to the inflated budget. That had soon caused the account to be overdrawn in the amount of R454 million, an amount that had rapidly risen to R3 billion. The CFO had eventually been charged with illegally allowing a departmental account to go into overdraft.

The Department of Water and Sanitation internal audit unit had performed a forensic audit in which it had found that the Chief Financial Officer had been in contravention of the National Treasury Regulation 19.2.3 as well as 10.15.1.2 which referred to the timing and the in-and-out of cash in relation to the budget.

A budget over-run project was the bucket eradication programme that had exhausted its budget but had had contractual obligations that had been paid as accruals of R130 million in 2017/18. It had not been budgeted for in 2017/18. Members also noted that the project had begun more than ten years earlier and had promised to eradicate the bucket system by the end of 2007.

The Olifantspoort scheme and the Ebenezer scheme had been developed by the previous Minister because Polokwane could not develop without water.

The former DG had approved a business plan which had costed the project at R2 billion and a directive was issued for a feasibility study and a preliminary design. The budget for that process was R40 million.

The implementing agent had extended the scope of the project beyond the feasibility study and invoiced the Department for R143.9 million for Olifantspoort and R22.8 million for the Ebenezer project. The Department had paid the invoices. The two projects were never implemented.

Members asked if they were expected to believe that the Department simply approved payment of an invoice for R120 million over the budgeted amount for work that had not been requested. Where did the money go? Who was the service provider?

The final issue discussed was the Umzimvubu dam in the Eastern Cape. R124 million had been spent on planning and other pre-construction processes, which meant that there had been a budget over-run of over R700 000. After much discussion, it was established that the Department had set aside R40 million to begin with the advance work, such as constructing a road to the dam. The plan was to use the departmental in-house construction and engineering unit. The project was budgeted for R15.3 billion but the Department was still attempting to get those funds from National Treasury.

Members asked how the Department could be starting a dam when they did not have money beyond the planning and start-up stage. Members found it hard to believe that the Department was again starting a project without money. Where would National Treasury get R15 billion when there was no money?