The Agave plant was introduced into South Africa roughly hundred and fifty years ago. Legend has it that the Mexican blue agave plant was brought to Africa by Spanish and Portuguese sailors, who used the heavy hearts (or Pina) of the three-metre high plant as ballast in their ships.     BUT …  It is mentioned, that Leonista, South Africa’s first 100% Karoo Agave Spirit, grown and made in the Karoo using traditional methods… 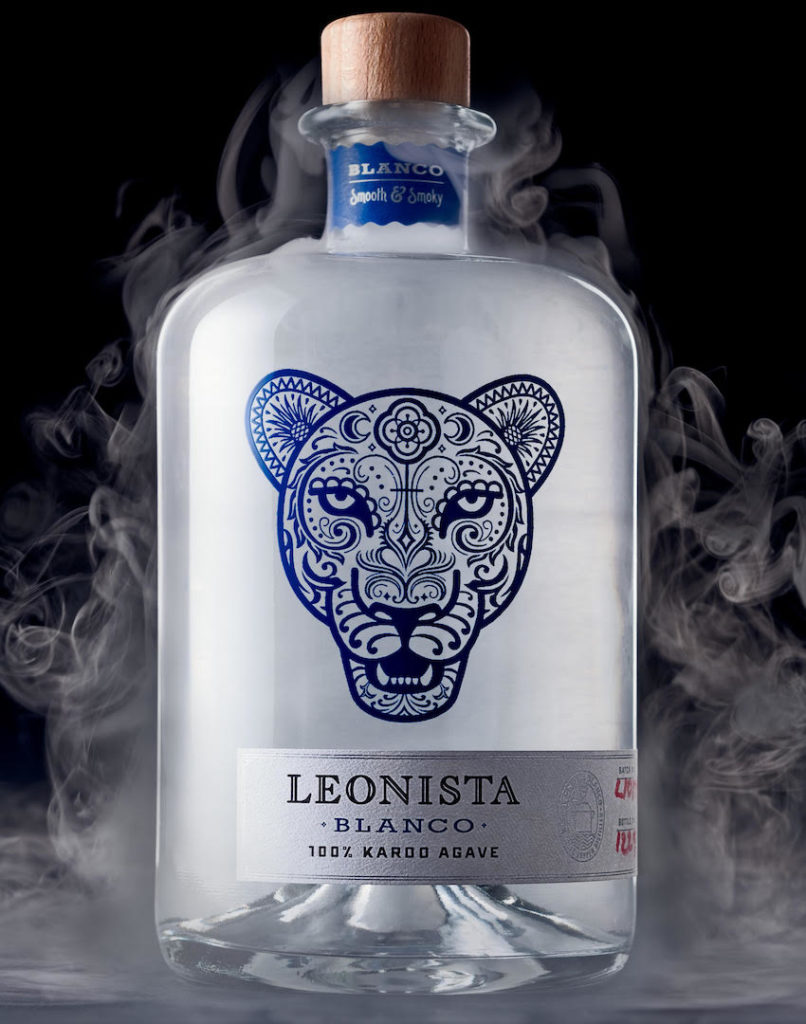 Like breadmaking, there are seven steps to the making of Agave Spirit, of which Tequila is perhaps the most well-known. Tequila, like Port, Sherry and Champagne is assigned a protected Appellation of Origin and its production is limited to five Mexican States, Guanajuato, Jalisco, Michoacán, Nayarit, and Tamaulipas. The state of Jalisco is very proud to be the centre of Tequila production. Agave spirits are made in other parts of Mexico and called Mezcal. The major species used is Agave Americana, which is extensively planted in the Karoo.

The care of the agave plant and its harvesting is a big manual effort. The plants which are planted in neat rows take anything from 6 to ten years until they are ripe and ready for harvesting. The older, the greater the starch content. The harvester takes off all the extraneous leaves above the ground and then takes the heart out of the ground and trims that down. The next process is the cooking, this is done in ovens with wood fires which add extra smokey flavours to the final spirit in which the ‘piña’ or heart undergoes a complex process of converting the starches into fermentable sugar. About 6 kgs of plant will fill a 750ml bottle. The nest step is the extraction during which the agave heads are crushed by a stone wheel to separate the fibre from the valuable sugar laden juices. These juices are taken to stainless steel tanks for fermentation which could take anything from 7 to 12 days.

This African spirit is produced following an ancient Mexican recipe. Respecting the traditional Mezcal process inherited from the maestro distillers, our agave plants are processed in the authentic way, but with our own uniquely African touch.

Drinking tequila in an agave field feels a long way from, say, Cabo. You’ll find volcanic mountains in place of two-for-one bars; and instead of party-goers there are agave farmers, or jimadores, chopping down rows upon rows of spiky agave plants with heavy, long-handled, flat-bladed knives known ….
Tequila – Mexico