The killing of Qasem Soleimani unleashed immediate fears of war — even of World War III — but if no further shots are fired, Thursday’s airstrikes in Baghdad will nonetheless generate momentous consequences.    The big picture: Iran has lost its best military strategist, and America has eliminated a man it saw as a singularly destructive actor in the region. But the current U.S. concerns aren’t limited to where and when Iran will strike back. 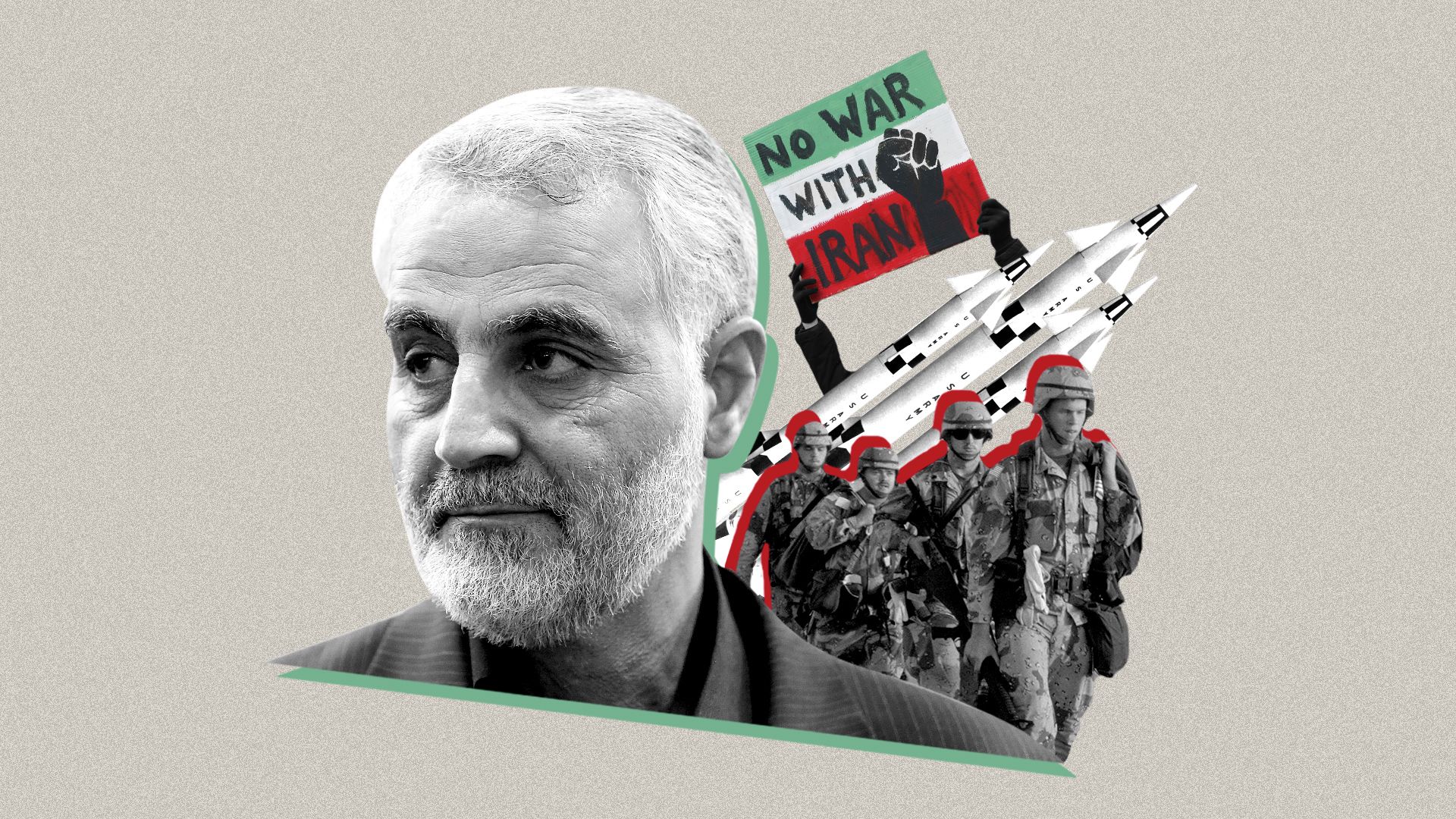 America “needs to be prepared for retaliation in the hard cyber space and soft information space” after killing Iranian general Qasem Soleimani, says a top expert at the Atlantic Council.

Yes, but: Experts warn that in time of increased escalation and tension, real, organic media posts expressing outrage can be easy to confuse with fake ones.

What’s next: The Lab is looking at the coverage of the topic by state-backed media and messaging laundromats like the International Union of Virtual Media, an Iranian internet disinformation group, says the Lab’s Kanishk Karan.

The bottom line: “There’s a lot of anti-U.S. activity, but right now there isn’t enough evidence to say that there’s a large-scale coordinated operation going on,” says Nimmo.

Previously – It was reported on 31 December 2019 that local staff were evacuated from the U.S. Embassy in Baghdad, Iraq, while others remained inside a safe room within the compound as thousands of protesters and militia fighters thronged the gates in fury at U.S. airstrikes in Iraq, the AP reports.
US Embassy Baghdad December 2019

1. The U.S. military presence in Iraq has quickly begun to look untenable, both due to the threat of Iranian reprisals and because Iraq appears set to revoke its invitation following the American attack on its soil.

Driving the news: Secretary of Defense Mark Esper and Joint Chiefs chairman Gen. Mark Milley were forced tonight to hastily deny that the U.S. was pulling troops out of Iraq.

Why it matters: Forcing the U.S. out of the region has been a primary objective of Tehran and Soleimani’s personal mission. A sudden U.S. exit would also give ISIS space to rebuild its strength, particularly as the U.S. would likely leave Syria too.

2. Iran’s announcement yesterday that it will now enrich uranium “without restrictions” — unconstrained by the 2015 nuclear deal — loomed as a possibility ever since Trump withdrew from the deal in May 2018.

State of play: Iran’s full reaction is still yet to take shape.

Most analysts agree that Iran must, in its view, hit back hard enough to assert its strength while aiming to avert a potentially crippling military confrontation with the U.S.

Behind the scenes: Israeli Prime Minister Benjamin Netanyahu told his Security Cabinet today that Israel was not involved in Soleimani’s killing and must not be dragged into the escalating conflict, two ministers who attended the meeting tell Axios contributor Barak Ravid.

What to watch: Israel’s intelligence chiefs told the Cabinet today that Iran will start developing its retaliation on Tuesday when the period of national mourning ends.

The bottom line: Even if the most dire predictions of war don’t come to fruition, the impact of Soleimani’s death will be felt for years to come.