TymeBank – South Africa’s first digital-only bank – officially launched this week, promising fees that are up to 50% cheaper than its competitors.   It is one of three new banks to launch in South Africa this year, which includes Discovery Bank coming in March, and Bank Zero launching later this year. 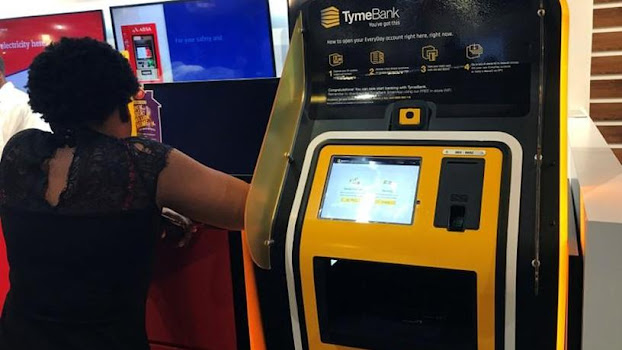 This was revealed by Coen Jonker, co-founder and chairman of TymeBank, at the bank’s official launch at its Rosebank offices this morning.

TymeBank bills itself as ‘SA’s first digital bank’ and aims to disrupt the industry with a proposition that introduces `simple, accessible and affordable banking’.

It wants to create a platform that stimulates economic participation and facilitates broader financial inclusion.

ARC bought the business from the Commonwealth Bank of Australia in November 2018.

African Rainbow Capital (ARC) is a fully Black owned and controlled company focusing on the South African and African financial services industry and businesses that deliver exceptional returns on equity. It is listed on the JSE, under the Finance – Speciality Finance sector.

The first phase of realising this vision was the accumulation of capital in partnership with Sanlam. This objective has now largely been achieved, with Ubuntu-Botho Investments holding about 14.5% of Sanlam’s issued shares and being valued at about R17bn at present.

The second phase will entail partially investing this capital in African Rainbow Capital, which is set to become a leading South African based, black owned and controlled financial services company.

The broad-based empowerment groups that hold a 20% stake are made up of 20 investment entities, including provincial public companies, women’s groups and trusts, churches, youth organisations and trade unions.

To date, over 400,000 people have directly benefitted from the annual disbursement of funds through the Sanlam Ubuntu-Botho Investments Community Development Trust. In addition to wealth generated for its shareholder base, half of the profits will be redistributed to the community through various foundations.

TymeBank’s CEO Sandile Shabalala said currently between 3,000 to 4,000 customers join the bank every day, and expects that number will soon climb to 5,000 a day.

“As our kiosk distribution in Pick n Pay and Boxer stores increases alongside our national marketing efforts, we can expect this momentum to continue so that we are consistently signing-up over 100 000 customers a month,” Shabalala said in a statement.

TymeBank makes use of self-service stations in Pick n Pay and Boxer stores where clients can open an account using fingerprint biometrics.

The entire system is linked to the department of home affairs’ database to avoid fraud, and to comply with FIC.

How TymeBank got its name.

“Discovery’s focus is on the middle to upper-income end of the market,” Mazinter said. TymeBank focusses on affordability.

Discovery will leverage their Vitality programme and advanced behavioural analytics capabilities to deliver a differentiated offering. “It is unlikely that price will be a key differentiator [for Discovery],” Mazinter said.

With TymeBank you can earn Smart Shopper points anywhere

TymeBank has formed a long-term strategic partnership with retail giant Pick n Pay, allowing its customers to bank at Pick n Pay and Boxer stores around the country.

The bank already has over 500 kiosks in the market. Once it completes its rollout, there will be approximately 730 TymeBank points of presence, where customers can open accounts, and over 10 000 till points across 1 500 stores, where customers can withdraw and deposit money.

Customers can open a fully FICA-compliant bank account and receive their personalised Visa debit card at a TymeBank kiosk in under five minutes, or they can open an account with limited functionality on the TymeBank Web site.

No documents are required to open an account – customers only need their South African ID number and cellphone. The FICA process is completed through the capture and verification of biometric and other data at the kiosk. Once the kiosk issues customers with their Visa debit card, they can transact straight away.
“The TymeBank debit card is automatically linked to Smart Shopper should a customer opt into the loyalty programme when signing up for their TymeBank account,” says Kate Leslie, head of Smart Shopper at Pick n Pay. “The TymeBank card will then double as a Smart Shopper card.”

The bank also launched its EveryDay transactional account bundled with a savings tool called GoalSave, its MoneyTransfer solution, and its TymeCoach App, which gives consumers free access to their credit report.   “We are planning to introduce credit products later this year, as well as an SME proposition, but for now, our focus is on getting simple and cost-effective banking solutions into people’s hands. Our mission is to drive meaningful financial inclusion, by making banking more accessible to all South Africans,” says Sandile Shabalala, CEO of TymeBank.

TymeBank plans to get the necessary approval from the South African Reserve Bank (SARB) to extend credit to clients. It is not clear whether this will include credit cards or bank loans.

Mazinter said TymeBank expects to break even three years from now – if it can attract 2.1 million active customers and extend credit to 6% of its base.

But TymeBank is the only bank at the moment with zero monthly banking fees, and zero fees for SMSes.