His dedication to protecting the environment has made him known around the globe with his particular passion for documenting Orcas killing dolphins, whilst documenting Orcas hunting behavior and pod structure. Schimpf was the first to film and document a handicapped Orca (named SIRA) in Algoa Bay, South Africa. Most of these sightings occurred during the biggest marine migration in the Southern Hemisphere and Indian Ocean – the Sardine Run. Rainer is an acknowledged authority, specialising in tracking and finding Sardines and the predators (Dolphins, Whales, Sharks and sea Birds) that follow and feast on the Sardine Run, having documented this marine spectacle all along the Southern Cape Coast to Port Elizabeth’s Algoa Bay (which hosts the longest and greatest portion of the Sardine Run up South Africa’s East Coast) to the Wild Coast in the Eastern Cape.

*
In February 1891, thirty-eight year-old James Bartley, (the ‘Modern Jonah’) was reported to have been swallowed by a Whale whilst whaling off the sailing vessel Star of the East in the United States, completing a two and a half year trip. A statement of a remarkable nature was presented by Bartley and vouched for by the captain and crew. According to the story Bartley was recovered and released from the stomach of a whale 36 hours after falling overboard and disappearing.

After several seconds, the whale spat out the wetsuited snorkeller, who said he held his breath while expecting the whale to dive.

A DRAMATIC set of pictures show a man nearly being swallowed by a Bryde’s Whale off Port Elizabeth Harbour. Rainer Schimpf, 51, has worked as a dive tour operator in South Africa for over 15 years. But in February, he experienced something very rare – the inside of a whale’s mouth.

In perfect sea conditions, Rainer and his team set off to document a sardine run – a natural event where gannets, penguins, seals, dolphins, whales and sharks work together to gather the fish into bait balls. Rainer and his colleagues film the expedition for educational and environmental purposes.Split into two groups, Rainer led his team into the ocean, about 25 nautical miles from shore.But it was when the sea suddenly churned up that the team knew something strange was happening.

2014
Diver Is Nearly Swallowed By A Whale

Schimpf said he was filming dolphins, dusky sharks, gannets, penguins, cormorants and gulls feeding on the sardines, with two security snorkellers swimming alongside him, when the whale rocketed up through the bait ball.

“Suddenly the whole world around me got dark and I felt enormous pressure around my waist, in the area of my weight belt,”.     “I knew instantly what had happened – a Bryde’s whale had accidentally included me in its mouth with its meal of the day. Comforting to me was the knowledge that the whale would be unable to completely swallow me into its stomach.

“My hard-won experience kicked in and I instantly held my breath, thinking that the whale would instinctively dive down again before spitting me out somewhere in the depths of the Indian Ocean.

“I felt the pressure increase around my waist, which is when I guess the whale realised his mistake as he turned sideways, opened his mouth slightly to release me and I was washed out, together with what felt like tons of water.”

Schimpf said he was dragged to the surface by the buoyancy of his wetsuit. “I swam back to the vessel, climbed up and checked if I and the camera were OK. No broken bones, no cracked ribs so all was good,” he said.

“I was pumped up with adrenaline and the bait-ball action was still ongoing, so I went back in looking for sharks.”

It was only when he looked at photographs of the incident that Schimpf realised how lucky he had been. 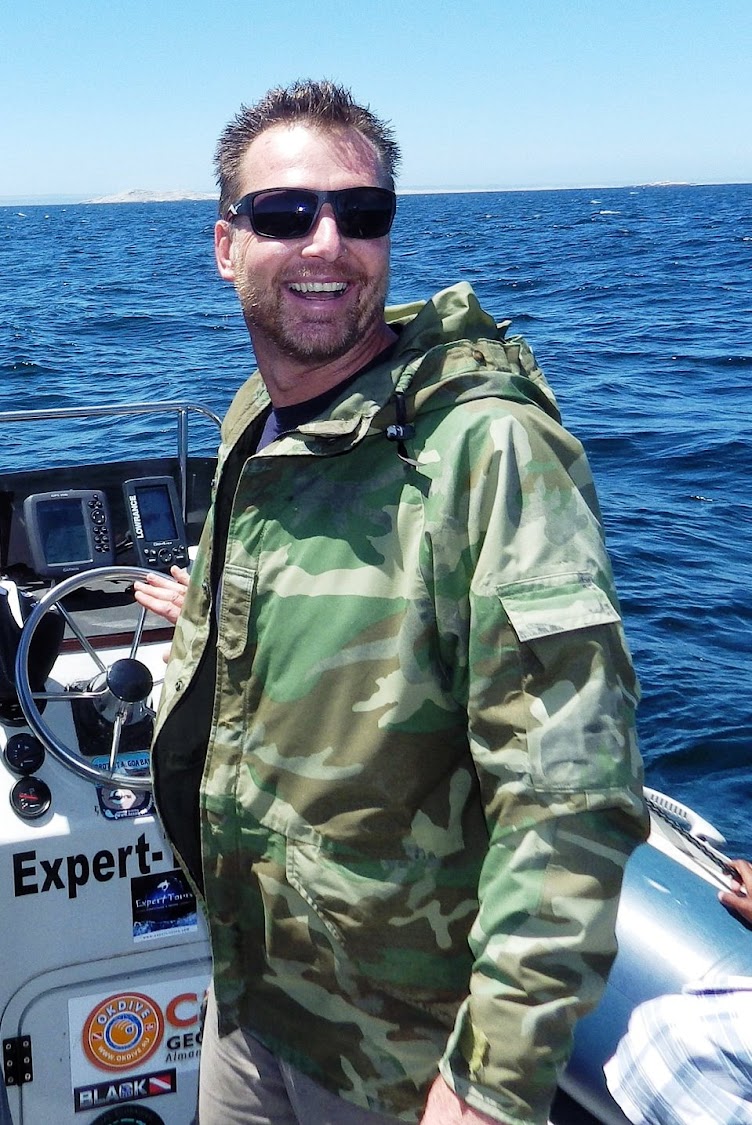