EWN’s Ziyanda Ngcobo sit down in an exclusive interview with Inkatha Freedom Party leader Mangosuthu Buthelezi. Buthelezi ANC led by former President Zuma paid Magwaza Sibi. *** https://www.elections.org.za/NPEDashboard/app/hybrid.html *** Different videos *** This was in March 2019 Buthelezi cannot hide his emotions when speaking about the NFP and counts the formation of the… END_OF_DOCUMENT_TOKEN_TO_BE_REPLACED 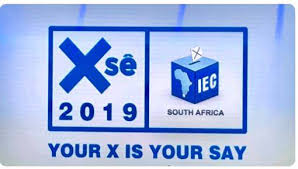 South Africans head to the polls on 8 May 2019 to vote in the country’s sixth national elections.   Over 26.7 million people registered to vote in the 2019 elections, with around 70% of that number (18.7 million) expected to actually show up to vote today.   The country’s close to 23,000 voting stations will remain… END_OF_DOCUMENT_TOKEN_TO_BE_REPLACED

It’s an election year so we can look forward to a frenetic schedule and disjointed calendar as the National Legislature is first dissolved and later re-constituted after the elections. We can also expect an unpredictable timetable and two State of the Nation Addresses.      The Fifth Parliament term ends on 6 May. According to the… END_OF_DOCUMENT_TOKEN_TO_BE_REPLACED