The benefits to fight poverty – what are the benefits of mushrooms?  Paul Stamets is a mycologist who people know for his research and advocacy of the various benefits of mushrooms. Some of his most important unearthings include a new class of antivirals and antimicrobials called Fomitopsterols which is more potent in treating flu viruses and herpes than Ribavirin is. 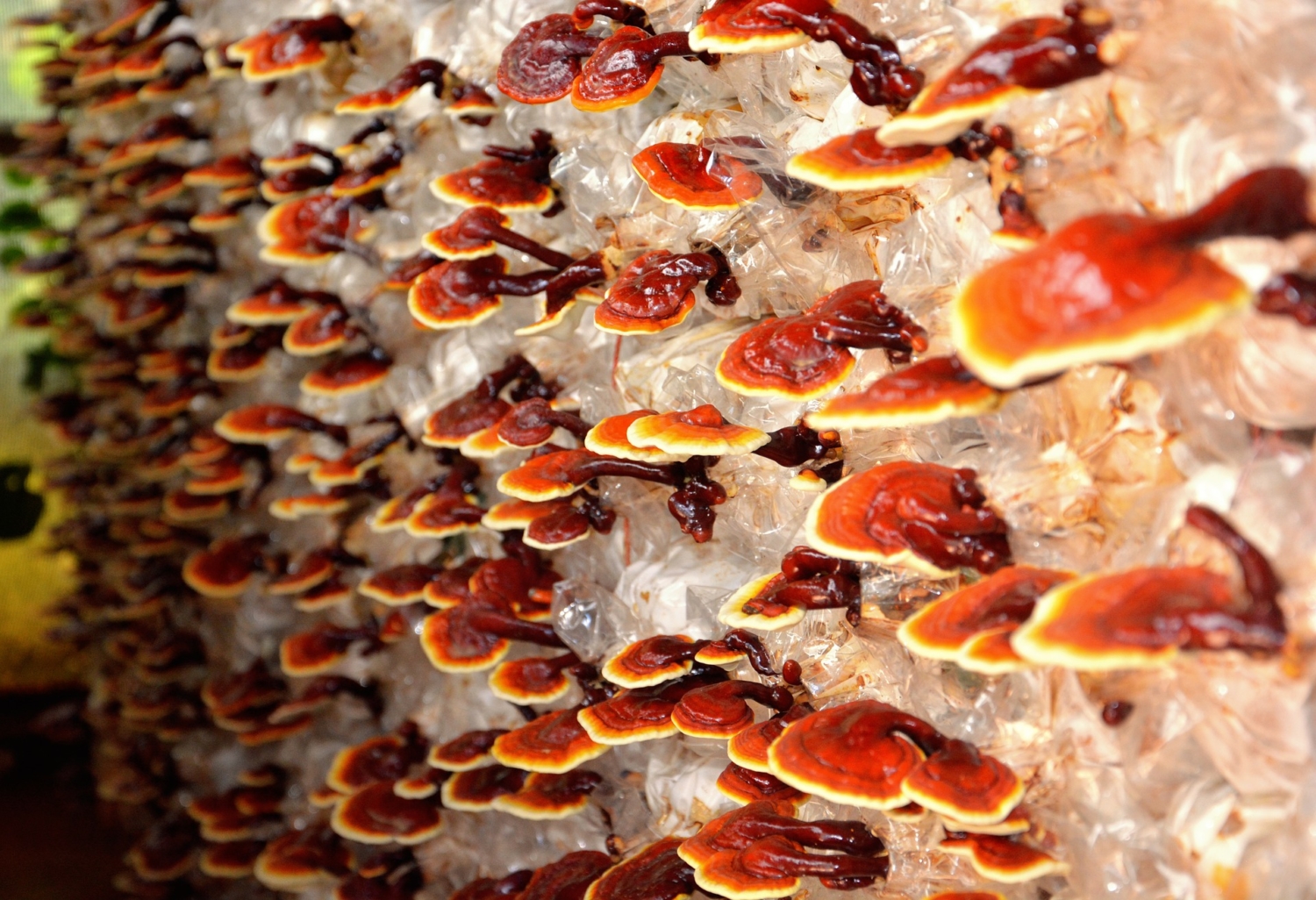 By working with the Bioshield Biodefense Program, Stamets confirmed that Agarikon, the longest living mushroom in the world, has anti-tubercular properties. In addition to this, Stamets worked to study the effects of turkey tail mushrooms, which can empower the immune system, on women with breast cancer suffering from impaired immune systems. His studies showed that these mushrooms can enhance natural killer cell activities in women.


Listen to Paul and his studies about certain mushrooms and benefits against variouis diseases and for our immune system.

The mushroom biologist talks about the antimicrobial properties of fungi, how they can be used as potent insecticides, and how they may help boost the human immune system.

Meanwhile, the Amadou mushroom is a useful source for sustainable textile innovations. Amadou can become a cellular fabric when one boils it. People can also use it to keep a fire burning for days by hollowing out the mushroom and putting embers inside.

Vector-borne diseases have a close association with poverty due to their large economic impact on growing populations in urban settings. As a result, they often affect some of the poorest countries.

Insecticides are becoming ineffective in Brazil due to a growing resistance in mosquitos. Many homes in Brazil require water storage tanks due to insecure water supplies. These tanks are also major breeding sites for mosquitoes.

Researchers in Brazil have discovered that using only a plastic bottle and a black cloth containing an entomopathogenic fungus can be an effective way of countering mosquitoes. The mosquitoes become attracted to the dark cloth surface and become infected with the fungus, killing the mosquito.

Stamets had another breakthrough revelation when he took the mycelium of Cordyceps without the spores and discovered that they became super attractants. One of the most significant studies involved the attraction of yellow fever mosquitos. This discovery has profound potential for disease control by steering insects from human populations, controlling diseases such as malaria, yellow fever and West Nile virus (WNV).

Poaching is a common consequence of poverty in Thailand. Freeland Foundation’s Surviving Together program encourages sustainable mushroom farming to replace poaching and illegal logging. The program leaders collect the mushrooms that the villagers cultivate and sell them at local markets. The money that comes from the mushrooms then goes into bank accounts for the farmers to save and grow their businesses.

Freeland Foundation described mushrooms as the most fitting crop choice for the villagers because it is in high demand throughout the year in Thailand. The mushroom business is providing opportunities to those who originally thought they had no alternatives.

This program provides protection to natural forests and prevents the loss of biodiversity. The families who once felt that they had no options are now contributing to saving ecosystems.

Recent success at Compassion, a child development center in Lomé, Togo, models how the benefits of mushrooms reach great depths. The development center had been struggling to find the definitive answer to meet all of its children’s needs. The support that the center was receiving to feed the children did not cover the abundant number experiencing malnourishment.

With the help of Critical Needs funding, the center started a mushroom farm which became a fundamental answer to resolving a crucial problem. These mushrooms provided nutrition to the children and replenished their health while remaining cost-effective and sustainable.

Thanks to the center’s mushroom farm, the children have been able to receive lunch and take-home packets each day. The center uses the remaining mushrooms to grind as an addition to a nutrient-rich porridge.

With an increase in enrollment, all the children attending the center have become a healthy weight. The center also gains advantages in funding and employment opportunities with the surplus of mushroom products that it makes and sells locally.

Anyone can easily realize and appreciate the benefits of mushrooms. However, the extent that they can make a difference for people in need around the world may go far beyond what most realize.

Leading mycologist Paul Stamets shares his work exploring the diverse role medicinal mushrooms may have in activating our immune systems and helping treat cancer, to new data supporting the role of fungi in biosecurity and the health of the bees that pollinate our planet.

Can medicinal mushrooms have prophylactic or therapeutic effect against COVID‐19 and its pneumonic superinfection and complicating inflammation?

Edible mushrooms, especially of the Basidiomycetes family, have had a long and apparently successful medicinal use based on empiric observations, foremost in traditional Chinese and Japanese medicine.

Basidiomycetes mushrooms such as Agaricus blazei Murill (AbM), Ganoderma lucidum, Hericium erinaceus (HE) and Grifola frondosa (GF) are consumed as immune response modifiers for prevention of cancer, or as nutritional support during chemotherapy, and for chronic inflammatory conditions such as hepatitis and other diseases. 1 Substances derived from fungi include antibiotics, for example penicillin and griseofulvin, and the immunosuppressant, cyclosporine A, which is crucial in organ transplantation. Substances have been detected in higher Basidiomycetes mushrooms that have a range of therapeutic effects, 2 including chemically highly diversified anti‐inflammatory compounds, such as polysaccharides, 3 terpenoids, 4 phenolic compounds, 5 glycerides 6 and other low molecular weight molecules. 7