More than fifty years after the civil rights movement, there are still glaring racial inequities all across the United States. In Rich Thanks to Racism, Jim Freeman, one of the country’s leading civil rights lawyers, explains why as he reveals the hidden strategy behind systemic racism. He details how the driving force behind the public policies that continue to devastate communities of color across the United States is a small group of ultra-wealthy individuals who profit mightily from racial inequality. 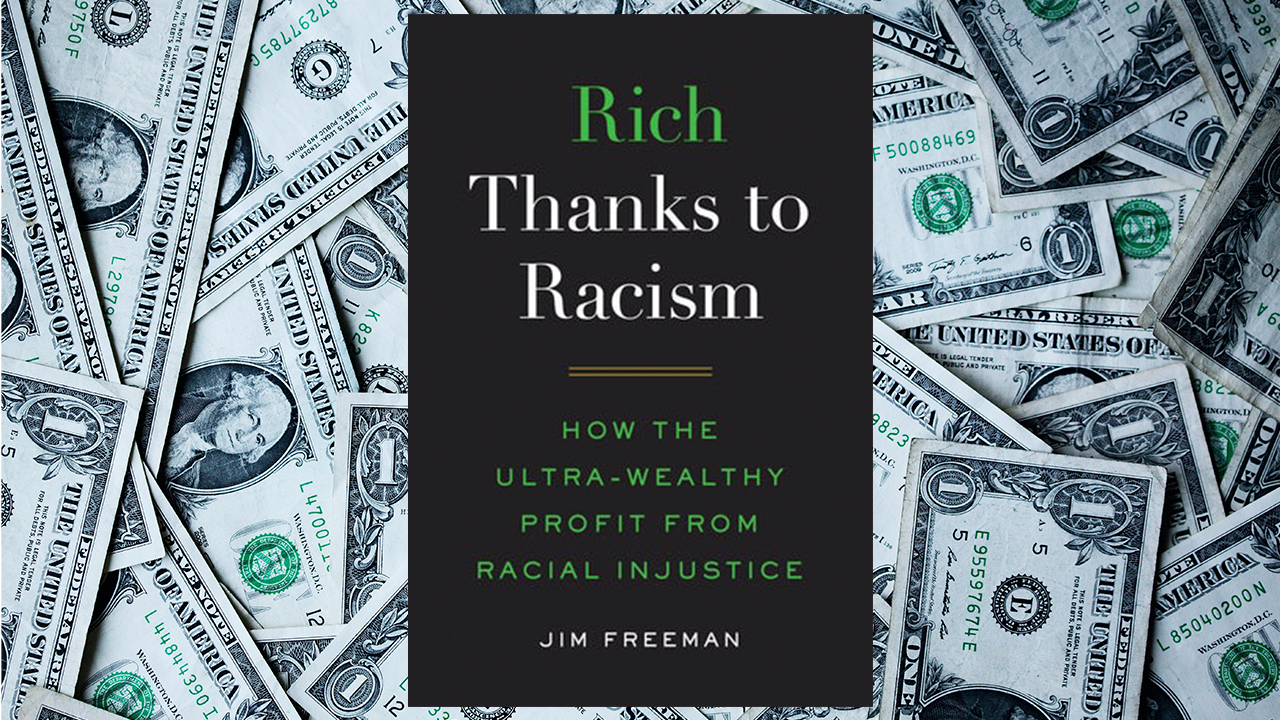 In this groundbreaking examination of “strategic racism,” Freeman carefully dissects the cruel and deeply harmful policies within the education, criminal justice, and immigration systems to discover their origins and why they persist.

He uncovers billions of dollars in aligned investments by Bill Gates, Charles Koch, Mark Zuckerberg, and a handful of other billionaires that are dismantling public school systems across the United States.

He exposes how the greed of prominent US corporations and Wall Street banks was instrumental in creating the world’s largest prison population and our most extreme anti-immigrant policies. Freeman also demonstrates how these “racism profiteers” prevent flagrant injustices from being addressed by pitting white communities against communities of color, obscuring the fact that the struggles faced by white people are deeply connected with those faced by people of color.

‘Rich Thanks To Racism’ a new book exposes Bill Gates, Mark Zuckerberg, and the Koch Brothers, all secretly funding organizations to uphold and fortify systemic racism. John Iadarola and Jim Freeman break it down on The Damage Report.


Bill and Melinda Gates’ divorce is getting ugly. John Iadarola and Adrienne Lawrence break it down on The Damage Report.