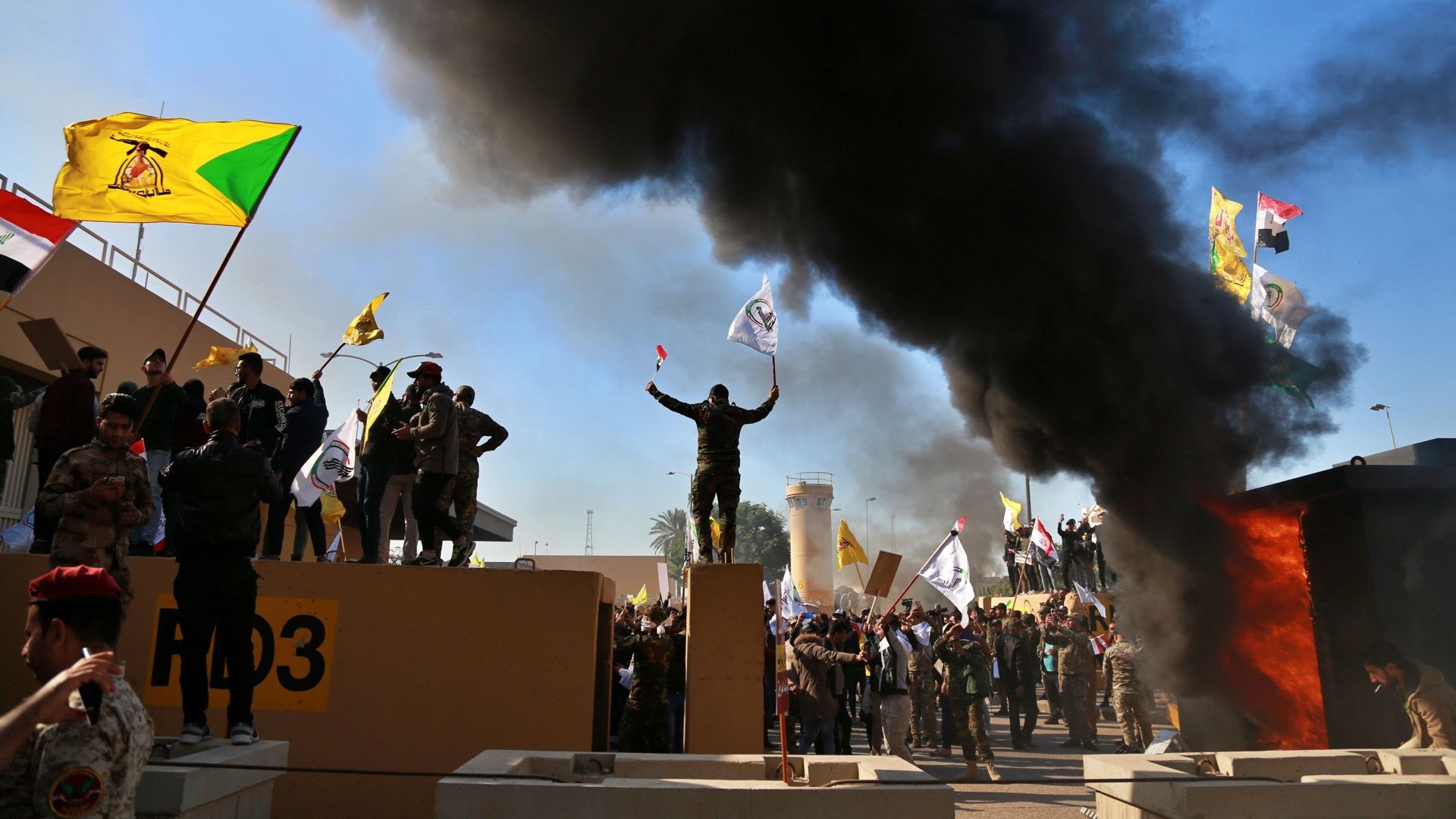 The latest: Defense Secretary Mark Esper said in a statement, “We have taken appropriate force protection actions to ensure the safety of American citizens, military personnel and diplomats in country, and to ensure our right of self-defense. We are sending additional forces to support our personnel at the Embassy.”

The scene, per Reuters: “Outside the embassy, protesters threw stones at the gate while others chanted, ‘No, no, America! … No, no, Trump!'”

The context: The embassy attack follows deadly airstrikes Sunday that killed 25 fighters of the Iran-backed militia in Iraq, the Kataeb Hezbollah, per AP.

Why it matters: The developments represent a major downturn in Iraq-U.S. relations that could further undermine U.S. influence in the region and also weaken Washington’s hand in its maximum pressure campaign against Iran.

*
The killing of Qasem Soleimani unleashed immediate fears of war — even of World War III — but if no further shots are fired, Thursday’s airstrikes in Baghdad will nonetheless generate momentous consequences.