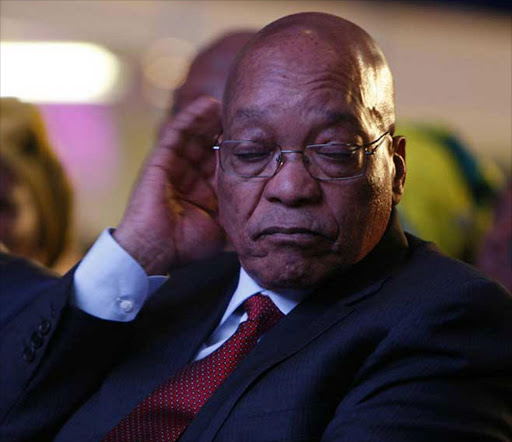 TimesLIVE reported that Zuma’s lawyers in a letter to the Zondo commission said he was in hospital in a foreign country and that he would miss the deadline to respond to an application by Redi Tlhabi to cross-examine him. The commission is yet to indicate how it will respond to Zuma’s “ill health”.

Author and journalist Redi Tlhabi stands by her decision to apply for cross-examination of former president Jacob Zuma, who accused her of being a part of a plot to destroy him. Speaking to Radio 702, Tlhabi maintained that Zuma’s allegations against her were false, that he lied under oath, and therefore the commission’s integrity would be restored as her truth is heard.

During his appearance at the commission last week, Zuma accused Tlhabi of, among other things, making a movie titled Raped by Power, which is based on the rape allegations he faced in 2005.

She admitted to having been approached by aspirant filmmakers who have read her book, Khwezi, which details the alleged rape of Fezekile Khuzwayo by Zuma, for which Zuma was found not guilty.

“I have been approached by eight or nine filmmakers, it’s been happening all over. Have I signed on the dotted lines, raised the money and produced the film? No. And the joke is, none of the people who have approached me are based in the US.”

She also revealed that Zuma’s supporters have been threatening her and family via social media.

“I was threatened with death, people said I deserved a tyre and petrol, and my husband and kids were called all sorts of names. Somebody said I must watch my children. I have all those names by the way.”

Since the public learnt of her application to confront Zuma at the commission, some have rallied behind her while others felt this matter must be settled in court and not at the commission.

It seems the ANC is just as surprised as most people by news reports that former president Jacob Zuma had taken ill and is undergoing treatment in Cuba.

The party’s national spokesperson, Pule Mabe, told journalists on the sidelines of the last national executive committee (NEC) meeting of the year, taking place in Benoni on Sunday, the party had no knowledge of the news.

“Well, like yourselves, we’ve seen media reports that suggest the health of the former president of the ANC might be ailing. If that was to be true, we of course wish him well and a speedy recovery,” said Mabe.

According to weekly newspaper Sunday World, Zuma was in Cuba seeking treatment for an illness linked to an alleged poison plot from 2014.

This despite the National Prosecuting Authority declining in September to investigate claims of him being poisoned, saying there was no evidence such an act had taken place.

The former ANC leader and South African head of state is also said to be struggling with memory loss.

Zuma also missed a scheduled appearance at the Zondo commission of inquiry into state capture in November, claiming he was sick.

It was also reported last month he was hospitalised for a week in November for an unknown ailment.

Zuma, who often attends the ANC’s NEC meetings in his capacity as former leader, was not present.

He was also not present when the High Court in Pietermaritzburg dismissed his and French company Thales’ bid for a permanent stay of prosecution in a corruption case relating to the arms deal.

While the ANC refused to give exact details on the NEC’s agenda, Mabe said the state of state-owned enterprises (SOEs) and happenings at local governments across the country would form part of the debates.

The NEC meets on the back of the national carrier SAA undergoing voluntary business rescue, Eskom struggling to keep the lights on, the ANC winning back control of the City of Johannesburg, while the Gauteng province has placed the City of Tshwane under partial administration as well as seeking legislation to tighten how coalitions run municipalities in the country.

“It’s the political overview, already given by the president of the ANC … looking at a number of topical issues of national and international interests, whether it’s the state of our SOEs and our relations with other countries, whether it’s in the region or beyond the region,” said Mabe on Sunday.

He said the NEC’s views on such matters would be communicated on Wednesday when the party shares its NEC outcomes.

Mabe added the NEC would also discuss how it managed coalitions.

Valid point, I totally agree with you. She must take it to a different platform. That place is not for gossip

Ahhh and also, there is NO extradition treaty between SA and Cuba, me thinks the Zuma’s and Bongo’s of the world (both ‘poisoned’) are setting up home there!

Billions of rands are involved in this deals and so-called agreements or contracts with Denel and the ruling party – ANC – Ramaphosa is part and partcel of the ANC.   State arms company Denel lost more than R30 billion (and maybe much more) in contracts to supply weapons because a former executive insisted that kickback contracts be signed with the Gupta family.   What about the “arms deals scandal” since 1994 – it is much much more as this agreements and the guptas.  And again, Ramaphosa, Zuma, Mbeki, Mandela and all finance ministers and certain ministers are also involved in those agreements.