Great Abaco, the Bahamas (CNN)Volunteers with search dogs continue to scour neighborhoods flattened by Hurricane Dorian, while global relief agencies are rushing to get food and shelter Saturday to some 70,000 people in the Bahamas left homeless on two northern islands.

The death toll, now at 43, is expected to rise drastically, officials said, as hundreds remain missing, buried under rubble on Grand Bahama and the Abaco Islands by the strongest hurricane ever to hit the archipelago nation. 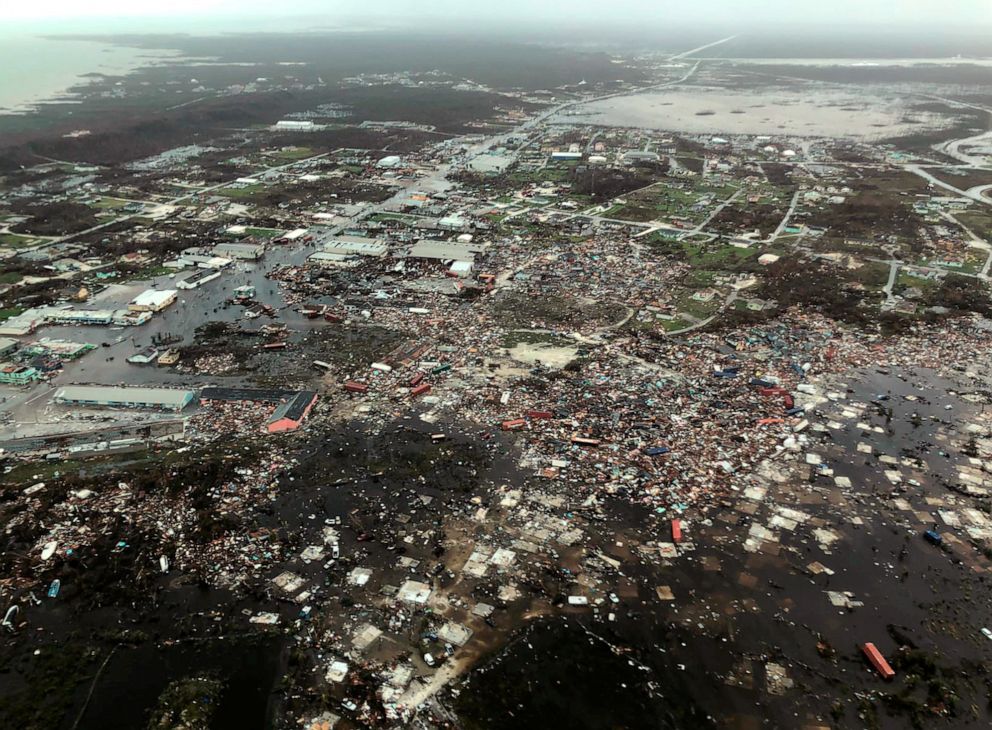 Photos taken from above reveal cargo containers and boats tossed like toys, roadways stripped of asphalt and towns under water. Roofs torn from buildings and debris litter the land and trees and piers have been stripped bare. 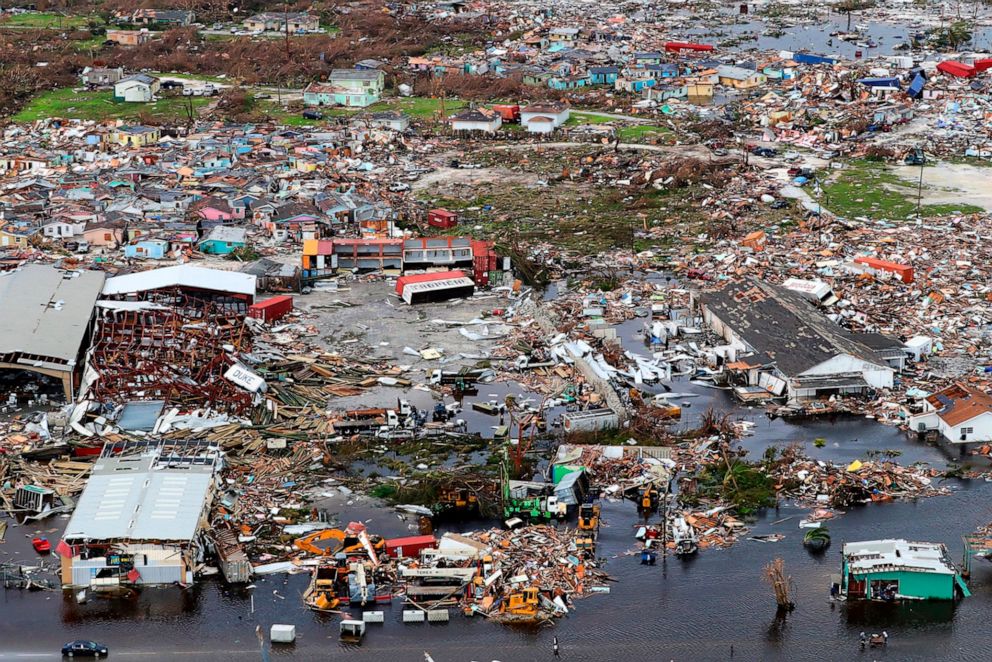 “It was like an atomic bomb went off,” said Sherrie Roberts, who survived on the Abaco Islands when Dorian struck almost a week ago as a Category 5 monster, then lingered for days over the same wrecked places.
The situation has devolved into a “humanitarian crisis,” the Bahamian financial services ministry said Friday in a statement. Efforts are underway to move evacuees by the hundreds to safety, including on a cruise ship due to arrive Saturday morning in Florida.
Search and rescue personnel who arrived with cadaver dogs on the Abaco Islands brought body bags and coolers to store human remains, said Joy Jibrilu, director general of the country’s tourism and aviation ministry. 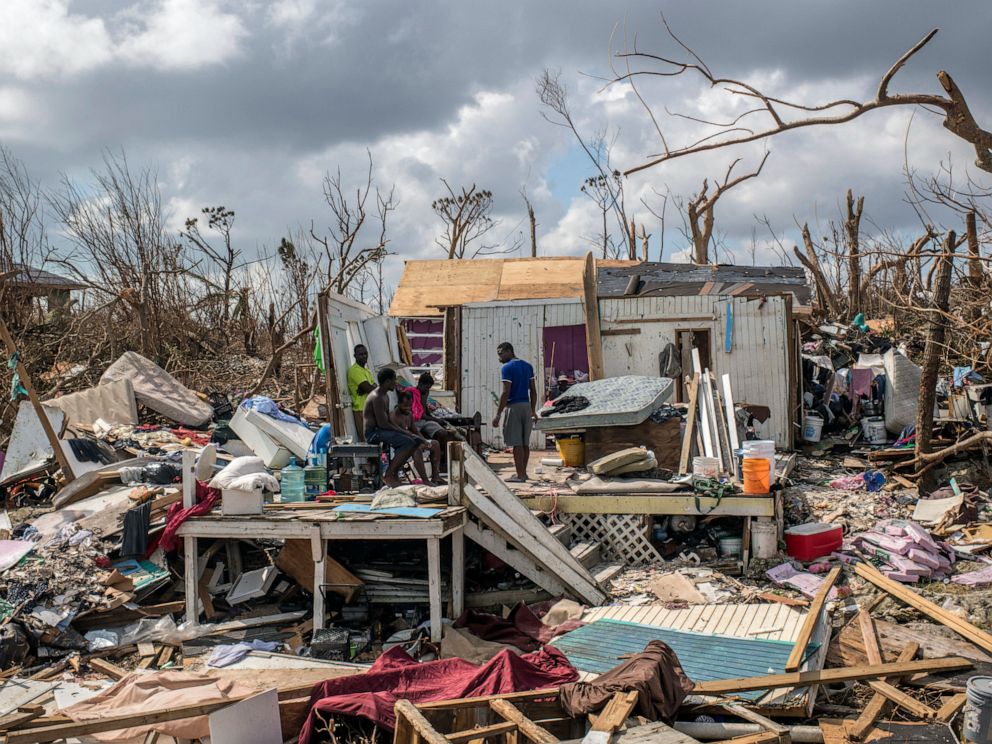 The smell of death lingered in the air in Marsh Harbour, CNN’s Gary Tuchman said Friday, as he toured hard-hit areas there. Workers also brought equipment to count the dead and to understand the scope of damage, Jibrilu said.
Ravaged infrastructure has impeded search and recovery efforts, as the islands remain a mess of splintered buildings, torn-off roofs, snapped power poles and scattered vehicles.
At least 70,000 people are homeless on Abaco and Grand Bahama, the United Nations estimated early Saturday. A thousand tarpaulins — strong pieces of waterproof plastic– will be provided to replace roofs that were stripped from homes, the International Organization for Migration said.
About 1,400 evacuees began arriving Saturday morning in Palm Beach, Florida, aboard the Grand Celebration humanitarian cruise ship.
Pat Allard, 83, of Massachusetts said she went to the Bahamas before the storm to take care of her condo. She held back tears as she described the horrors of the hurricane.
“The roof caved in. The walls fell in. It was flooded. It was awful,” she said, recounting that she moved to four different units in her condo building for safety. “But I’m here. I made it.”
Art Vercillo, 64, a semi-retired doctor from New York said, “You could see an immense amount of devastation. People lost everything … Everything’s flattened.”
People are dehydrated and lack food, he said. “Just a terrible situation over there.”
All the evacuees are properly documented to enter the US, according to Customs and Border Protection. Spokesman Michael Silva said all 1,437 are either US citizens, US residents or non-US Citizens with visas, or had other proper documentation to enter the country.
The cruise line said it filled the ship with food, water, personal hygiene products, medical equipment, generators, volunteers, and first responders, and headed to the island to provide first aid. 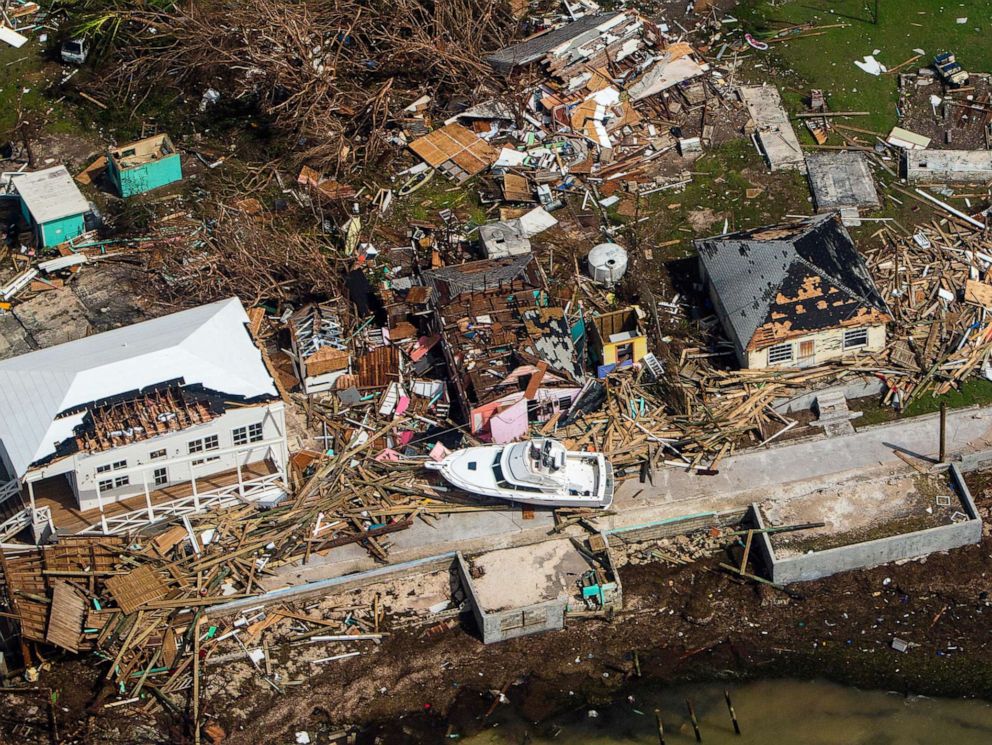 The full scale of the disaster caused by Hurricane Dorian in the Bahamas is only just emerging, with some observers describing scenes on the ground as ‘apocalyptic’ and ‘devastating’. Large parts of the islands are flooded, and thousands of homes have been completely destroyed. Several people have already been confirmed dead, but authorities warn the death toll is expected to rise further.

Half the island is gone after Hurricane Dorian pic.twitter.com/aozKgWZW9T

Hurricane Dorian made landfall this morning in the Bahamas as a category 5 hurricane, affecting Nassau, Marsh Harbour, Coopers Town, Freeport, and West End, among many others.

Hurricane Dorian struck the northern Bahamas as a catastrophic Category 5 storm on Sept. 1.

A cruise ship carrying more than 1,400 evacuees has arrived in Florida from the Bahamas after Hurricane Dorian tore through the country.