South Korea finds hundreds of images of its presidential palace and disputed islands on crashed North Korean unmanned drones which crashed in Paju.    Security has been stepped up at the Blue House in Seoul, the official residence of current President Park Guen-hye and location of a 1968 assassination attempt by Pyongyang against the then South Korean leader, since the discovery.   The unmanned aerial vehicle was one of two which crashed on South Korean soil in the past fortnight, sparking fears that the Kim dictatorship could adapt the technology for terror attacks.
An aerial image of Samsung area of Goyang: South Korean defense officials say the drones are rudimentary, equipped with Japanese-made cameras capable of taking only still photos that cannot be transmitted. 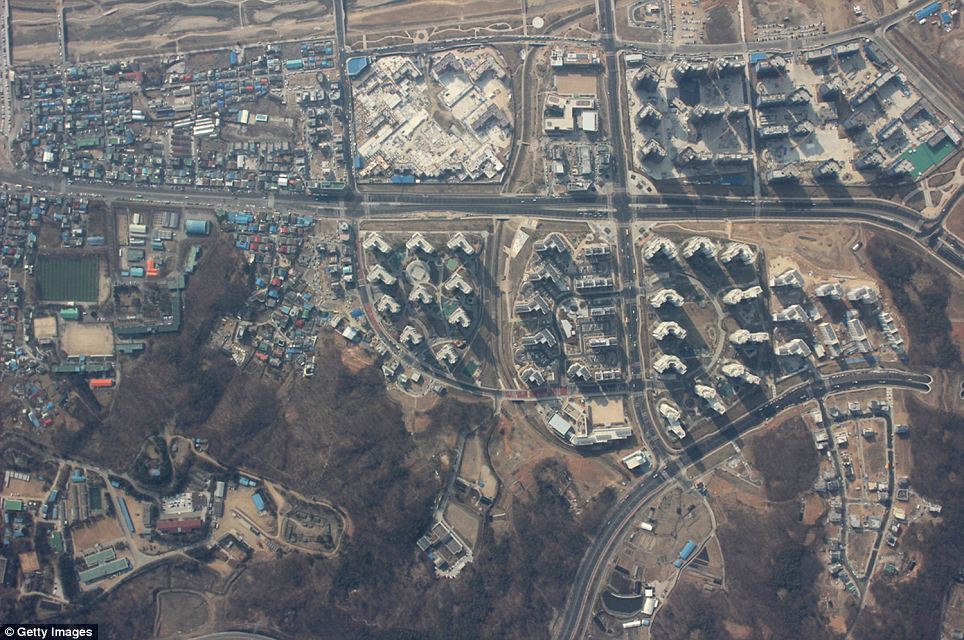 That was in 2014.   One crashed in Paju, a city near the border with North Korea, on March 24. The other crashed Monday on the island of Baengnyeong.   Looking more like hobbyists’ remote controlled aeroplanes and equipped with cameras available on the Internet for just a few hundred pounds, the captured drones were basic, at best, South Korean experts said.

This reconnaissance picture shows an aerial view of Seoul’s Jichuk Station: The discovery has prompted fears that South Korea’s air defences are not up to the job of in the new era of drone warfare. 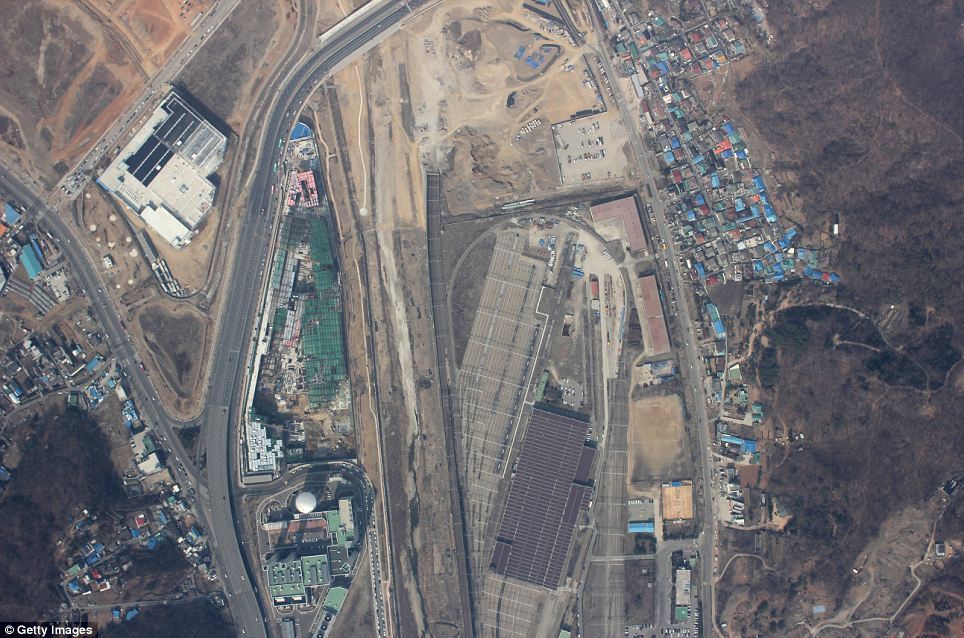 Defence officials revealed that the Paju drone had taken 193 photos of South Korea’s presidential compound and other areas in Seoul and Paju, but they refused to disclose which other specific sites.   The drone discovered Monday had taken photos of two front-line islands – Socheong and Daecheong – near the disputed western sea boundary with North Korea.

South Korean defense officials say they are rudimentary, equipped with Japanese-made cameras capable of taking only still photos that cannot be transmitted in real time but must instead be retrieved.   The Paju drone was equipped with a Canon camera and the other one carried a Nikon camera. Defense Ministry spokesman Kim Min-seok said the Canon camera can be bought for about 1million won, or about £570, on the Internet.

Both were painted sky blue, probably cost only a few thousand dollars to build and were 55in wide by 71in long – giving them the appearance of the large model planes associated more with hobbyists than militaries.

Lettering on the battery of the drone found at Paju and other forensic evidence suggest it was of North Korean origin, Mr Kim said yesterday. He said it had enough fuel to return to North Korea.

The first drone probably crashed due to an engine problem and the second ran out of fuel, he said, adding that they evaded detection because they are so small and made of polycarbonate.
‘Our government and military were not aware of the flight of the drone even when it was on a potentially dangerous mission,’ the mass-circulation JoongAng Ilbo newspaper bellowed in an editorial.    ‘The drones’ technology is not so impressive, but it could be used for terror if improved – either for a kamikaze attack or an attack with biological or chemical weapons.’

North Korea has recently been boasting of its drone program, a relatively new addition to its arsenal. It has prominently displayed large drone-like aircraft in military parades.

If the South Korean claims that the North flew the drones on military surveillance missions are true, they would be the first solid, public evidence that it is trying to infiltrate South Korean airspace.

While the capture of the two surveillance drones appears to offer a rare glimpse into the North’s technology, analysts stress they do not necessarily represent the best unmanned aerial vehicles the North can field.

They also note the captured drones are a far cry from the U.S.-made Global Hawk unmanned aerial vehicle, which South Korea plans to introduce to its military in the near future, at about $208million a pop. 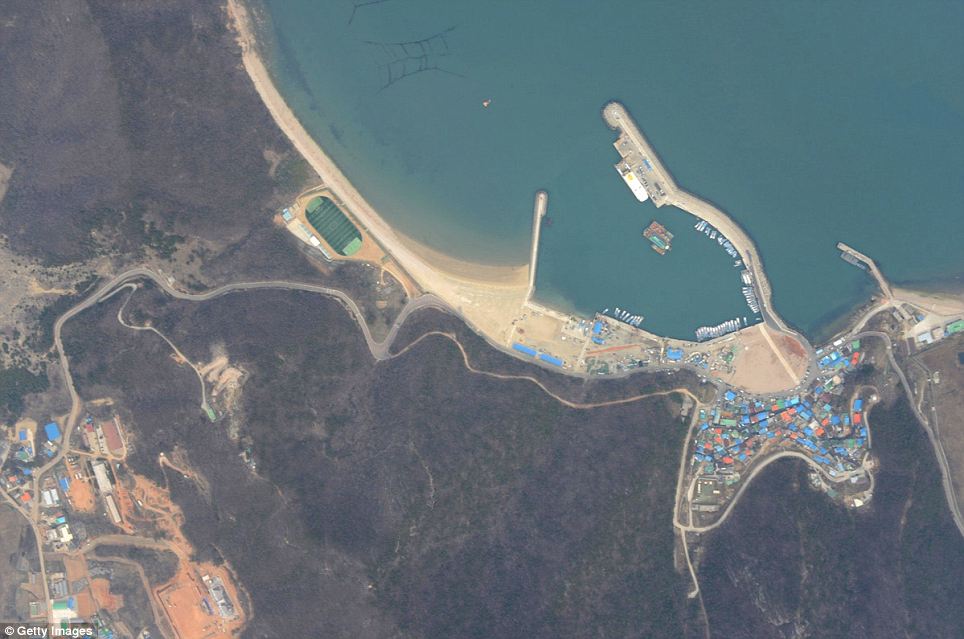 He said ministry officials are urgently working out measures to cope with drone threats as it’s possible for the North to acquire a technology to develop small unmanned aircraft with self-destructive capabilities in the future.

But some experts say that fears of kamikaze drone strikes from the North are an overreaction – at least for the time being.

‘They can carry at most a hand grenade,’ said Lee Hee Woo, a retired air force general who heads the Integrated Logistic Support Research Center at Chungnam National University in South Korea.

‘A small aircraft won’t be easily detected by radar, but they can’t carry much so they can only be used for surveillance purposes. A bigger size of aircraft is needed to carry weapons, but that would be detected by radar.’

An unmanned aerial vehicle (UAV) is an aircraft that carries no human pilot or passengers. UAVs — sometimes called “drones” — can be fully or partially autonomous but are more often controlled remotely by a human pilot. RAND research has contributed to the public discussion on the use of drones for warfare and surveillance.