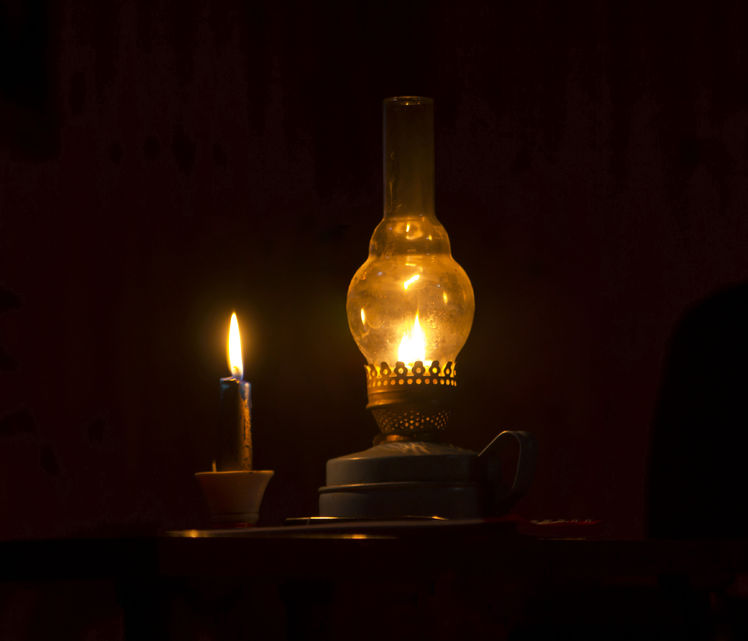 The Organisation Undoing Tax Abuse (OUTA) has told Parliament that it has evidence Eskom may have engineered load shedding that hit the country’s economy hard.

The lobby group says that they have evidence the load shedding of 2008 and 2014 was “self-inflicted” by Eskom.

What happened was Eskom ran out of coal because Dames wanted to procure coal without tenders and Nqwababa said no.

I wrote an email to my director Nqwababa informing him we are running short of coal and we facing a blackout. A day after I got a message that I should shut up and stop being an alarmist and I went and bought a generator.

Blom alleges that Dames stopped the maintenance of the power stations between 2010 and in 2014, which led to another round of blackouts in 2014.

He says he hopes the Commission of Inquiry will get to the bottom of this.

Since 2009 Blom has being trying to get what has been happening at Eskom out in public but he is being getting promises with no results.

I have met with Mr Zuma, he undertook to sort this out and have commission of inquiry but we never had that. I really hope the Parliamentary committee of inquiry will sort this mess.

Blom says he has evidence of all this which will be heard in Parliament on the August 3.

To hear the rest of the interview with Ted Blom, Listen below:

Former Eskom Employee and Outa’s head of energy Ted Blom testified before Parliament’s inquiry into allegations of corruption and maladministration at power utility Eskom.   Blom says that back in 2001, space was created for breaches in governance.He add in the begining it may have been justified, but this set a president that has just gotten worse every year.

When it comes to the manipulations surrounding coal, Blom says that there were three generations of corruptional thieving. He adds that there are additional people responsible for this corruption other than those that have been exposed in the press.

The first level involved a syndicated of 54 people. It was more organised crime than corruption.

According to Blom that first level included payment for non delivery of coal, substandard coal as Eskom was not in a position to monitor the coal and interference of lab reports that involved bribery.

The second generation of corruption came during a shortage of coal. Blom says Eskom jumped on BEE bandwagon, because BEE was offered better prices, but the coal deliveries were not changed. Finally the third generation was the entry of the Guptas.

Dr Iraj Abedien, Chief economist, Pan-African Investment and Research who has been observing the Eskom Inquiry says that all the testimonies they have heard confirms what we have suspected over the past few years.

He adds that the corruption was a strategic undermining of the economy as a whole.

The more I think about it and hear different sides of the story, this is a structured, systematic sabotage of the South African economy.

State Capture, which in effect is industrial scale corruption, sounds like a conspiracy theory. In the distance are the Gupta family and President Jacob Zuma, somehow managing to conduct a large orchestra of thieves embedded in state entities to help them suck billions of rands out of South Africa. In this article published first on Daily Maverick, Marianne Merten cuts through the dense minutae of some Parliamentary meetings to lay bare the modus operandi. In many instances, cabinet ministers work directly in the interests of the Gupta family, attending meetings and negotiating deals. Minister Mosebenzi Zwane, who credits himself with saving Gupta entity jobs, is a prime example. In others, ministerial advisors piece together deals. And then there is the blatant practice of distributing ‘brown envelopes’ to officials. The Gupta and Zuma families are undoubtedly at the top of the state capture tree, but this is a game that a lot more people have been playing. –

In one room, Mineral Resources Minister Mosebenzi Zwane urged MPs that “as honourable members, we should be honourable to deal with facts, not media speculation”.

In another room, Parliament’s public enterprises committee inched its way into an Eskom State Capture inquiry. There, MPs heard from the power utility’s former CEO, Brian Dames, who carefully outlined running interference after a new board was appointed in 2010, and from former Eskom official Ted Blom, now at the Organisation Undoing Tax Abuse (Outa), who did not mince his words: “Third Force agents” on a weekly basis distributed brown envelopes, not only at head office, but also in various regional offices and divisions, from catering to laundry.

Asked about his role in various tenders, Zwane, like his colleague Telecommunications and Postal Services Minister Siyabonga Cwele, later on in the National Council of Provinces (NCOP) on another matter, pointed out that ministers have nothing to do with tenders.

But the picture changes when ministerial advisers arrange meetings around contracts, and when separate channels of communication are established to bypass executives who are meant to be in charge of the day-to-day operations, when executives are suspended for lengthy periods without disciplinary hearings.

With law enforcement agencies at best slow to act, the myriad “he said, she said” further muddies the picture, particularly when politicians, and senior officials, cite the need to rely on facts and official investigations.

***
This committee he has spoken to is startling very uninformed. This committee must do their work and investigate these matters themselves.

Ted Blom in a parliamentary address to the Department of Public Enterprises Commission of Enquiry takes us on a journey through the intertwined corruption between the state owned power producing enterprise, Eskom, and the government and their respective representatives – in what has become known in South Africa as State Capture.

NOVEMBER 2018
Eskom has painted a gloomy picture of a company living beyond its means. Plagued by corruption as part of the state capture project, Eskom is now struggling to keep head above water.